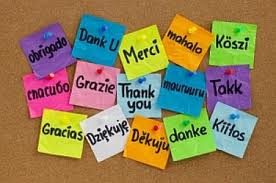 For some language obsessed people, alright let’s call them language geeks, like myself, it is a slight disappointment that Google Translate’s Web Interface, translate.google.com only translates into one language simultaneously.

Sometimes I want to know it all at once (and I do believe that this has benefits for language learning, because learning an expression in different languages creates an extra association, which in turn eases memorizing the words associated). Of course there are websites for that.

The easiest is www.nicetranslator.com, which simply uses Google Translate to produce results in some 37 languages. I use it to check a word in seven languages (Dutch, English, French, German, Korean, Russian, and Spanish) and it really helps me combat the occasional frustration of not knowing a word.

Another handy way is using Google Spreadsheets, which allows automated translation as well, like so:

This would translate the contents of a cell from English into Russian. Note that the ISO language codes need to be in apostrophes. The source value can also be “auto”. I then simply apply this formula to different columns to obtain the desired result.

This site uses Akismet to reduce spam. Learn how your comment data is processed.